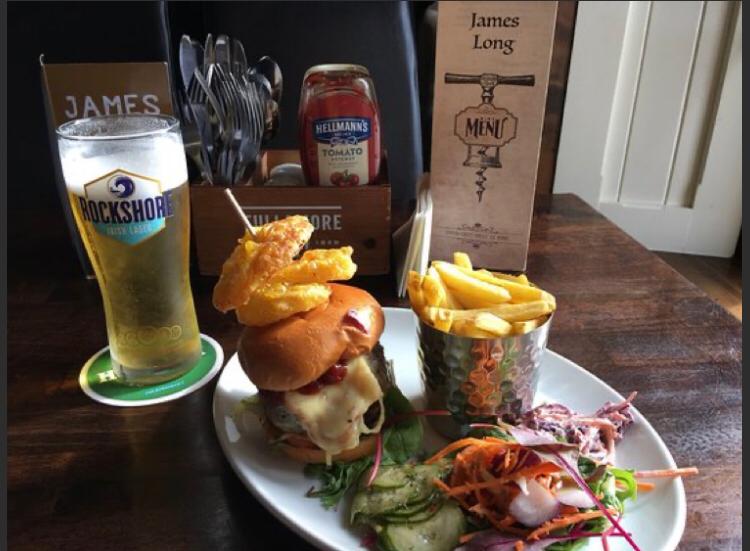 We use fresh, local ingredients

We’re proud to support the above local businesses and suppliers as we know we are:

Helping real people - who we know personally - do what they do better!

We’re proud that some of suppliers have won awards at the Blas Na hÉireann Irish Food Awards in the past years!

Micilín Muc was set up as an Artisan Food producer in Ceardlann na Coille, Dingle in 2015. All products are hand made by the owner Seamus Fitzgerald, who has over 30 years butchering experience in Ireland and the UK.

Since opening in 2015 the business has gone from strength to strength with various products winning Gold, Silver & Bronze in the Blas na hÉireann Irish food awards.

Micilín Muc produces a wide variety of sausages from Mexican flavour to Red Wine,Parsley & Garlic and even a Gluten Free option. All of his sausages are hand linked using Irish pork belly & shoulder, for that extra meaty bite.

Micilín Muc products can be found in shops and butchers from West of Dingle to as far as Listowel and CastleIsland. There is also a catering range for B&Bs, Guest Houses, Cafes and Restaurants. As business continues to grow and new products are being developed, Micilín Muc hopes to continue into the future and further across Ireland.

Bácús Bhréanainn is an independent craft bakery in Dingle in county Kerry. Bácús makes a tasty range of bread and confectionary which they deliver to shops, restaurants and cafés in Dingle, Tralee and Killarney.

The Bácús team bakes through the night to have fresh bread ready for delivery before breakfast time Monday to Saturday. The work requires precision and accuracy, but the team always take the time to ensure quality standards are met and work to constantly improve their produce.

Head baker and owner, Orla Gowen, believes that simple fine ingredients and time are the only essential components of excellent baking. She is a strong supporter and promoter of local production, small traders and traditional baking methods

Cístí Ceann Trá is a family Bakery situated in the local Ventry village. Run by the Fenton family, the bakery produces soda bread, scones and a range of tarts fresh daily. 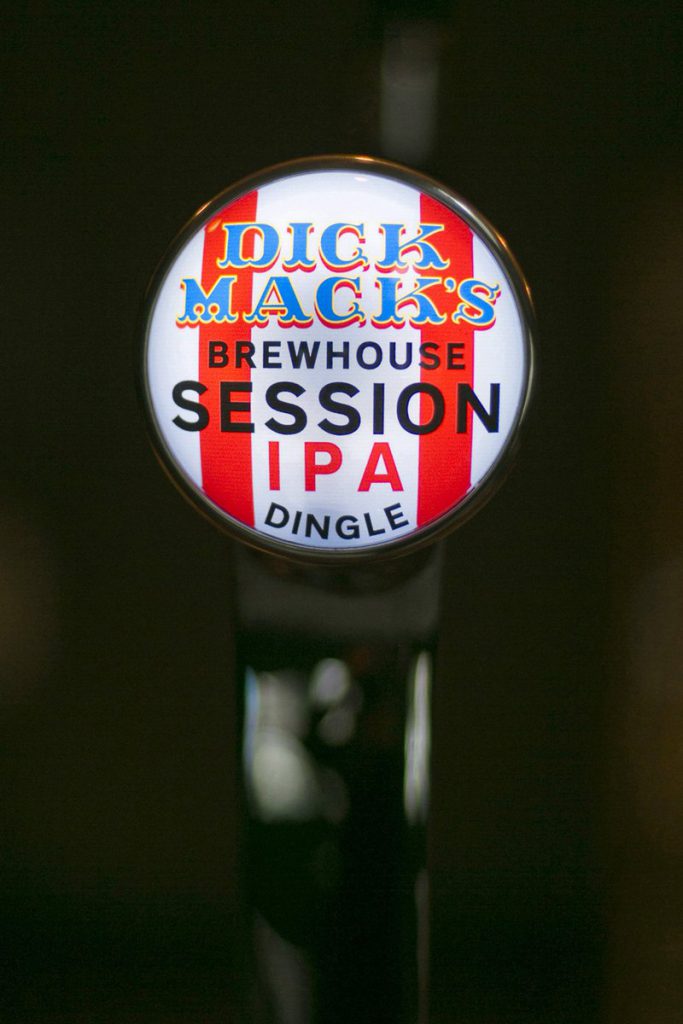 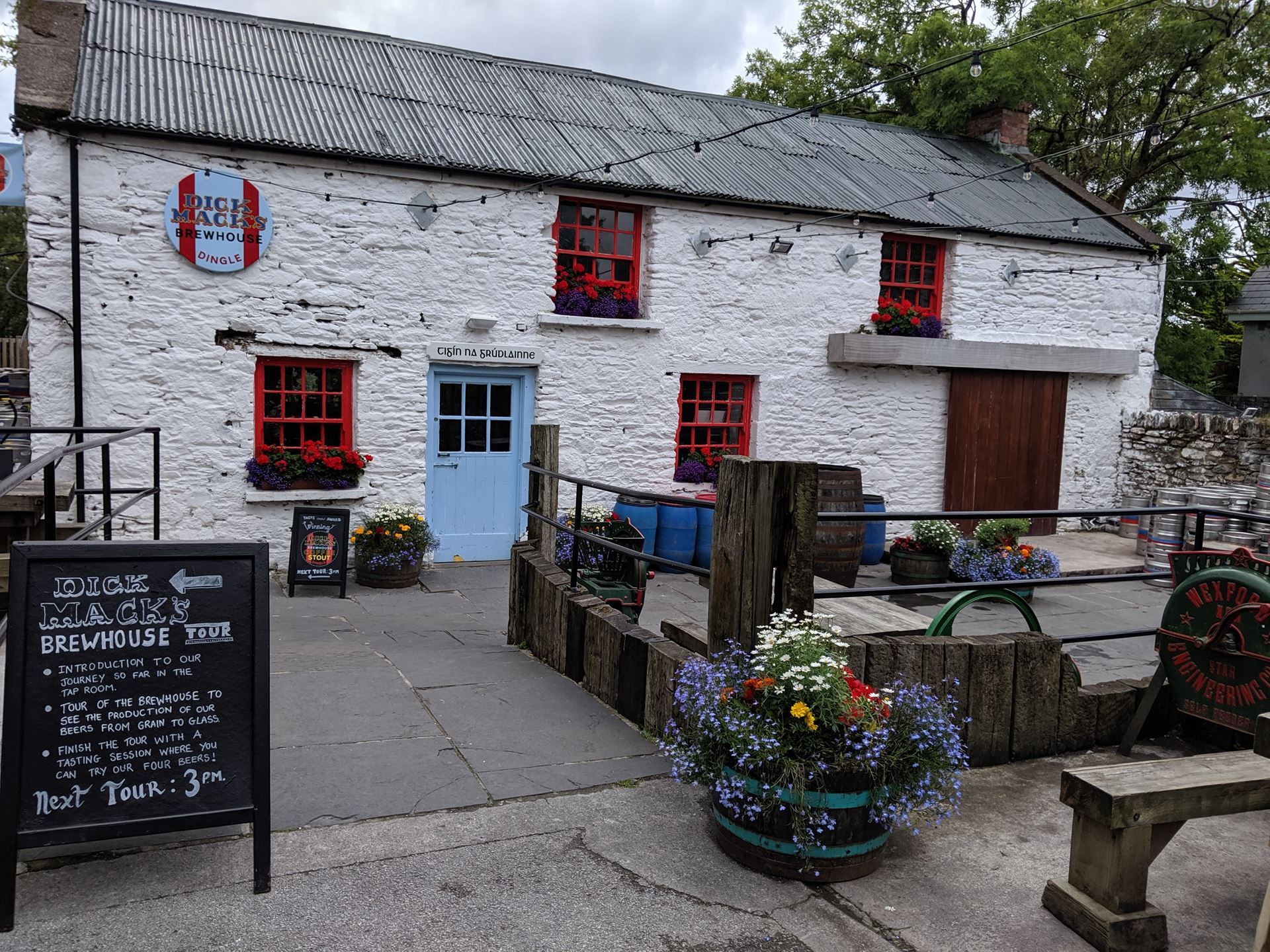 In 2015 – Three friends Aussie, Seamus and Dick Mack’s grandson Finn discussed times past in the snug at Dick Mack’s over a few pints. The discussion turned to Dick Mack’s history of bottling its own beer and a dream was born. Two years later, after months and months of research, planning and work, Dick Mack’s Brewhouse was born.

Dick Mack’s Brewhouse is a micro brewery in a 150 year old former cowshed. It is situated behind the famous Dick Mack’s Pub on Green Street. The brewhouse offer daily tours & beer tastings.

The Dingle Whiskey Distillery is not in the business of creating megabrands, nor do they distil for anyone else. The distillery have rekindled the tradition of independent distilling in Ireland. Two hundred years ago, this small island had over a hundred officially recognised distilleries; by the turn of this century there were two.

When the first spirit trickled from the stills in Dingle in November 2012 it represented a milestone in the history of distilling in Ireland, and now the unique Dingle Whiskey continually matures in the mild, moist climate of Ireland’s south-west coast while those first spirits are bottled into a magnificent single malt whiskey.

Dingle Original Gin is the product of a considerable amount of research, both technical and historical, and experimentation. The aim was to create a totally unique gin, one which worked within the great tradition of gin distilling but which also came with a degree of innovation.

In terms of its broad style, this is what is categorised as a London dry gin but the unique character and flavour come from our painstaking and original choice of botanicals.

This combination of flavour elements are macerated in spirit for 24 hours. Then, when the spirit is distilled, it passes through a flavour basket in the neck of the still. This process underlines the attention to detail that is an essential part of the whole approach to the art of distillation.

Ingredients, amongst other botanicals, include rowan berry from the mountain ash trees, fuchsia, bog myrtle, hawthorn and heather for a taste of the Kerry landscape. It’s a formula unknown elsewhere and is calculated, amongst other things, to create the sense of place and provenance. The spirit is collected at 70% abv and then cut to 42.5% abv using the purest of water which we draw from our own well, 240 feet below the distillery.

Many famous vodkas are about branding over substance and Dingle Distillery were determined to create a vodka of supreme quality without, at the same time, attaching a wildly inflated price tag to it.

The still is charged with 500 litres of the finest, purest, grain alcohol and is then distilled for a fifth and final time. Dingle Distillery Vodka is most unusual in being quintuple distilled.

That fifth distillation makes a huge difference. You can taste it in the incredible purity that is as pure as the environment where we make it. There’s just a touch of sweetness and creamy texture that takes a lot of people by surprise. It is exceptionally good drunk neat.

The Dingle Distillery set out to make a really, really good vodka but even we were surprised when we tasted the first batch. It was one of those rare times when you get something perfectly right at the first go. Again, it must be tasted to be understood. 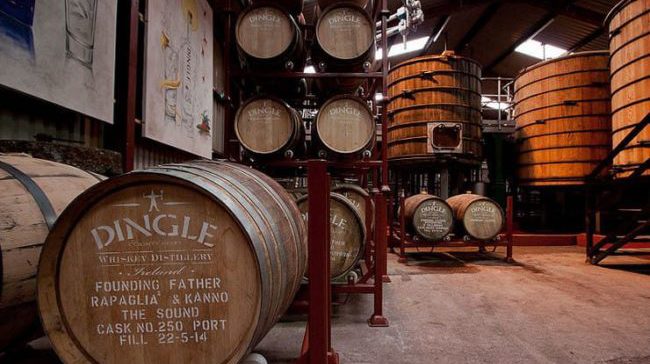 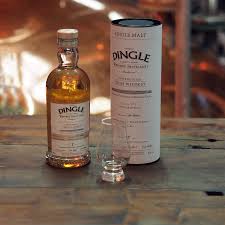